Would I Still Like You Outside of Our Lane?

Most of my students at Laney College get in the same lane each day. At other (official) Masters programs, the swimmers are assigned to lanes depending on their 100 freestyle interval. At mine it's always a frantic reshuffling based on who:

They greet each other before getting in, chat after getting out, and generally commiserate after the hard swims. Some socialize outside of the pool, sharing other hobbies and activities (huh? you need others?) and an occasional birthday celebration. We haven't had any marriages yet (of people who met in my class), but I've seen two breakups.

The first one was horrible, with the female trying to keep up a brave front (I'm okay if I don't look at him) and the male oblivious (well we hate each other, but I'm going to swim now because it works into my schedule.) The other was a little easier to live with, because the female just came every day with a heavy heart, and the male disappeared.

Swimming in a lane is like living and working with these people for an hour each day. 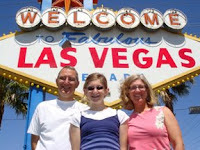 Each lane has a pecking order, where some people are dominant. (My personal lane is pictured at right, with pecking order shown increasing from left to right.) Some lanes turn into little Stockholm Syndrome sites, where the hostages grow to love their captors. While this may also apply to the Coach/Athlete relationship, I'll save that for another day. Some people are just terrible lanemates, but their people get in with them day after day, perhaps thinking that this is just all there is.

The worst lanemate is someone who plows down the middle of the lane, endangering all who swim in the opposite direction. Lapping the middle-of-the-roader is just about impossible. They just don't get it, maybe due to some spacial dysfunction (that's generous of me!) or because they are just magnetically attracted to the line on the bottom of the pool. Calling their attention to this fact only serves to frustrate me. I get that look back in return like I'm Charlie Brown's teacher talking to the class: wuah, wuah, wuah.

Another irritating lanemate is someone who crowds the interval, leaving too soon. Then they either catch the person ahead, who deserved to be ahead of them, or grow to think they are faster than they really are because their time sounds impressive. Usually this just happens in my noon class, so morning folks read on.

My 6 a.m.ers have three lane problems:

And yet with all the dysfunction going on everyone keeps coming. There's no pool equivalent of road rage, nobody has gone po(ol)stal yet, and I like peeking into people's egos (psychiatrically speaking) and seeing who can take the pressure and who can't -- just in case we all get trapped in an elevator or something.

Fourteenth floor: millinary, fine jewelry, and lifelong fitness. All aboard!