Won't That Leave a Mark on Your Chest?

Despite slacking off the middle 500, terrible foot-placement on al

l 65 flip turns (where I had to steady myself repeatedly not to jump in), and a left hand extension that just causes my eye to twitch -- she beat all comers last Sunday, and proudly wore her medal all night. Wouldn't it be nice if we all could show our happiness so proudly?

I guess there's an age limit for that kind of joy. When adults do things like that everyone thinks they're completely deluded. I know a woman who is a PhD and constantly refers to herself as "Dr. Beth." Please, spare us all. You're either a professor or a therapist, and either way it's fine but just not worth bragging about.

We go every year to the Santa Clara International Invitational Swim Meet as spectators. Michael Phelps, Natalie Coughlin, etc. are among the regulars. Shortly after each race they have a medal ceremony for the first three finishers. After the official pictures are taken those three can't get their medals off fast enough. It would be a source of unending ridicule if they were to walk around with that medal still hanging from their necks. Put it away, if you want to know how I did just check the results. That's what cool is for me.

My husband is an Administrative Law Judge. Those judges are not in the Judicial branch of the State of California, but rather in the Administrative branch (duh). Because of this classification he is not officially able to do such genteel duties as perform marriages, etc. He can however, take away your license to do business and thus make a living (you pathetic losers) or deny you a license in the first place.

But like all citizens, he may purchase a license to serve as a marriage official for one specific day, between only one previously named couple, in one particular county in California. Which he did last weekend. He officiated at the marriage of his nephew in lovely Carmel-by-the-Sea (note the foreshadowing of the three ridiculous hyphens). After consulting with one of his co-workers who had performed many such ceremonies, he found vows that were agreeable to all. When it came to the question of his attire, the wedding couple asked him to wear his judicial robe.

His co-worker said that in all of the ceremonies he had ever performed in his life, he had never received that request. I think the nephew and wife wanted it to look more show-offey. Here's a real judge and we are related! (Don't look too closely at the one-day permit in his briefcase!)

There are things I'd like to have, but I just never got into the status style of living. Don't want a better house. Don't crave fast cars. Same with purses, little purebred dogs, expensive wines (but don't forget: "Buy one bottle, get the second for 5 cents!"), fancy kitchens, and vacations to places in the Indian Ocean (when you're asleep on the beach, is it really that much better than Hawaii? Or Capitola?).

What makes it okay for my daughter to show off her medal but not the swimmers at Santa Clara? Why do we laugh at Dr. Beth who signs off on her carpooling emails like she's submitting her CV? Why do we roll our eyes at the wedding couple? What's the cutoff age for bragging? I think my daughter will just know when. I hope so. Then I'll get a chance to wear that medal around the house.

The Good, The Bad, and the I'm-Just-Here-For-The-Exercise

Sometimes I think I've just seen it all.

I had the psychic with three-foot wings tattooed on her back; I had the observant Muslim woman swimming while completely clothed. I had an endangered brown pelican swimm 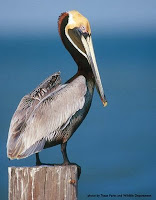 ing in my pool and two rats (one dead, one alive) and a field mouse. I've had parolees, deaf students, transgenders, doctors and judges. I've coached doulas and flight attendants who both leap out of the pool when their phone goes off; lawyers and MBAs who cut class when it's going to be a hard day, and diabetics, epileptics, and asthmatics galore. I've had every variation of spelling on the names Megan/Meaghan/Meagan and pronounciation of the name Tara (Tar-uh, Tare-uh -- unfortunately both in the same class). I currently have a Daniel, Danny and Dan on the rollbook. I have two students in their 70s and two students who I coached in previous decades, who now have two children of their own.

But I still feel bad when someone has a bad day.

Daniel had a bad day today. He couldn't hold his stroke together, and flailed around like he was shoveling desperately against a collapsing sand cave. My daughter had a bad swim on Sunday, breathing every stroke for two laps of her 100 freestyle.

Excuses? Daniel stayed up till midnight, so he's got that going for him. Unfortunately his lanemate completely kicked his ass, which made it even worse since they compete every day. My daughter? I told her to remember that the 100 free (and the 50) are sprint events -- almost not the same stroke as her distance events, though of course they're both freestyle. She has to get used to breathing for distance and breathing for sprinting but she can't get it.

So I tell people that every day you either Look Good, Feel Good, or Try Good. If you don't "Look" or "Feel" at least you can "Try" -- right? Not always. I've given up correcting several people, who are just too hard-headed to change. I think they just like the way they are. Someone's buying all those self-help books, right? Don't want to learn new things. Nod politely then go back to the same old same old. I'm just here . . . for the exercise.

Why don't you just stab me in the heart? It's insulting. Do you go to Farrallon and ask for a grilled cheese sandwich? The Mazarati dealer and ask for an in-dash cassette? Breathe. In. Out. Okay, I'm fine.

It's too bad when people have a bad day, but then I really am reminded how much I love my job. It's easy to coach people when they're going fast -- everyone is happy. One order of hugs all around. When someone is slow, it's time to put things in perspective for them. You are not your swim. Just figure out what happened, and try to fix it. No one has a perfect swim, at least not one that can not be improved on later.

It's so much better to have a bad swim and feel bad than not to feel anything at all. Look at it this way, Daniel.
Posted by Unknown at 10:27 AM 1 comment: