Mr. Perimeter is Back

turn to your favorite newspaper columnist to read "Favorite Columnist is away, but we're running one of his old columns in his place" -- well, I'm trying that. Some people may not have seen a series of guest columns I did a couple of years ago on an online swimming site, but now that I'm training again I think it's relevant. Plus, I just saw Mr. Perimeter again. Good to know some things never change. Read below, it is updated as needed.
Laney College pool is awesome, but I never actually swim in that pool. I never train there because people would bother me too much. I like to go to a small club that my family belongs to near our house. Almost all the swimmers there wear really dorky goggles and put in their 20 laps before calling it a day.
Training there also makes me look like Marcia, God of All Swimming – which is nice. The pool has faded targets and a black line on the bottom that is light grey, but there is a hot tub and nice showerheads. Unfortunately the pool is kept at 82 degrees, which always feels good when you first get in, but about halfway into your main set you feel like your head is just going to fly off. I can only swim well in the morning, because in the afternoons there are always beachballs flying in and out of my lane, and the sound that really makes me look for a ledge: “Marco . . . Polo.”
And, did I mention the current?

Being a distance swimmer I’m used to the first lap feeling really good, but not acting on the impulse to sprint like a nut. But here, it feels re-e-e-ally good because it is two strokes less on the odd laps then the even ones. Some pool-construction genius directed the incoming water pipe from the pump room down the side of the pool and heading towards the far end. I’m thinking it was probably aftermarket. It’s good, I guess, that I get used to overcoming adversity on the final lap (not to mention every other lap), but it’s not something that, say, Teri McKeever at Cal probably has to deal with. You know, not that I would want her job.

Anyway, yesterday during my workout the water was its normal balmy temp, but because the morning was overcast there was only one other person in the pool. Unfortunately he was on his back, sculling at his sides and doing some sort of bicycle kick that was one notch up on the exercise-meter from lying on the couch watching ESPN. Did I mention he was doing perimeters? Just scooting around the eight-lane pool, backwards, ducking under lanelines about as fast as syrup oozing across my kitchen table. (Ha. As though my daughter would spill!) Every lap I lived in fear that I wouldn’t see him in time and come flying into his gut on a flipturn a la NASCAR as he was meandering on his way. He said he was doing his “mile.” Glad I caught him at the end.

And then when I got out I think I cut myself drying off with the pool towels.

You know how everything is 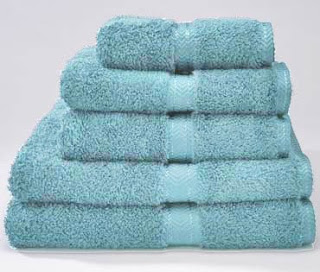 getting bigger? Not just food portions, but towels too have also jumboed up. Washcloths now are the size of hand towels; hand towels are the size of bath towels; and bath towels are the size of spinnakers. Except at my little club. We’re allowed to take two towels each day, but the first one doesn’t even fit around my hair. I have to use it as some sort of large headband. The second one has to dry only one limb at a time, but they are so sharp that you have to rub really slowly unless you’d intended to exfoliate. Down to the bone.

What the heck, less laundry for me. And I didn't hit Mr. Perimeter. It wasn't Laney, but it was okay.
Posted by Unknown at 8:53 PM 1 comment:

Outside of the pool, my swimmers have a hard time describing me. No one feels right saying "this is Marcia, my coach," because mos 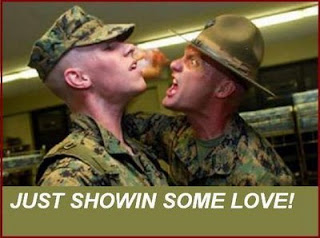 t of my students don't really think of themselves as professional athletes. And not too many are sure enough about calling me "friend" because in my job it's not really a give-and-take relationship. I give orders and they take it. It's a little like the exchanges between me and my 12-year-old daughter at home.

That's just not how most people talk to their friends.

Having a coach is a little weird when you already have another job and are over the age of 22. But I love it -- it's a sweetly charming thing to say about me. Personally I would be embarrassed to say I had a Personal Trainer. It's just a little too bourgeois. Plus, no great swimmers would dream of having a personal coach. Maybe for a little technique work once in a while, but since racing is what it's all about, having an empty pool just means you never learn how to do that.

I have lots of professional people in my swim classes at Laney College, but few of them even know what their lanemates do outside of the pool. I do, just because I chat with people in the two minutes before they get in each day. But unless you share the Locker Room Experience with someone, it's hard to get to know a lot of details during workout.

Do we really need to? It's so wonderful that we're all just judged on ridiculous criteria like:

Can/Can't Do Breaststroke
Non-lethal/Dangerous Torpedo Sculler
Goes Out Too Fast and Dies Like a Pig/Smart
One of my students recently received her PhD and I got everyone to sign a card for her. The best comment ever was "Congratulations, Matt (Lane 2/3)." Gotta love Matt, who identifies with his lane. At 6 a.m., that is often all some swimmers know about each other.

Everyone is begoggled, most people have caps on, and there aren't many people wearing suits that aren't black. When someone tries to describe another swimmer to me -- whose name they don't know -- it is often "She's got a blue cap and swims over there" (vague gesture north or south). What they WANT to say is "She is the worst kicker I've ever seen, never knows what the set is, and I can totally kick her ass on the 4x100s." But of course, we're too nice for that.

So I think saying your lane is completely appropriate. Marcia is "the coach," you're "Lane 2" ("Lane 3" when none of the good people come.) That settles it.
Posted by Unknown at 1:19 PM 1 comment:

I'm Marcia and I have a problem: Facebook. Too much of it. Too often. Laugh too hard. Can't stop commenting. Quizzes. Lists. Befriend

ing. Seeing which of my classmates looks oldest. Which of my former students is employable. Which friend of my daughter is the most inane (tie -- ALL OF THEM!). Who has the weirdest profile picture. Causes. Groups. Apps. Bejewelled Blitz -- damn you to hell, you haunt me everywhere I go. Wall. Info. Religion. "Less" of that person, please. Fish Wrangler, please go away and quit sending messages to me through this aluminum foil.

But . . . I like it so much.
My husband and I, along with out daughter, went to a Bat Mitzvah party of one of her classmates last weekend at the Faculty Club on the Cal campus. It is a gorgeous Craftsman building designed by Bernard Maybeck in 1902, with interior beams carved into the shape of animals, antlers over the stone fireplaces, stained glass, and a lovely view of a freakishly green lawn in a wooded glen. The parents are rarely invited to these parties, but the Bat Mitzvah's parents were beyond generous and wanted to commemorate this meaningful day as something they could remember always.
And there I met Allyson. I first met her husband, Brent, at some religious school thing and befriended him on Facebook. From there, it wasn't long before I connected with his wife. Allyson and I took every quiz in the book, made every list anyone asked us to, and compliantly blabbed about anything you thought was interesting enough to post. Even when it wasn't. I never really knew Allyson before Facebook, but over the weeks she came to be one of my funniest friends.
When I finally saw her again at the Bat Mitzvah party (I think we had seen each other once or twice before), we laughed and laughed until milk came out our noses (or Cosmos, whatever). Her Irish name is "Bad Tipper" and for some reason I just found that hysterical. We hung on each other, doubled over in laughter for at least a half hour, until we drove both of our husbands away and cleared a wide circle of strangers as well.
I'm just about a Spokesperson for this social networking site, and have gotten almost my entire morning workout at Laney College connected to each other as well. I just ADORE hearing people comment on today's workout (especially when they think it is hard), and love the fact that so many of them feel the need to explain their absences. It's like the messages I leave with my daughter's middle school, except funnier. Please excuse Fabian from workout this morning, he was completely drunk all weekend. I know more about my morning friends than I ever could have in our daily two-minute conversations.
What do you do for friends when you're out of school and in a job with moronic co-workers? I'm lucky I teach at Laney, because I always have someone to talk to where I share the love of swimming. But I have lots of friends from elementary school through high school, a few from college, parents of my daughter's friends, and parent-friends of her religious school class that I don't keep up with as well. I don't even do much with my relatives, except for once a year. I have swimming friends from the old days, tons and tons of former swim team athletes (I'm amazed that lots of them look back fondly on the days I was coaching them -- because I was not as calm as I am now), and gobs of former students from the days I taught high school. I have Kelly, the Supreme Hair Commander of the Universe, to gossip with. But until Facebook, I didn't stay in touch the way I wanted to. It's not deep, but it's always there.
And it's fun. Even if your Redneck name is Betty-Sue Beaver.