Let's Talk About Our Feelings. No Thank You.

I just came back from a Women In Coaching swim clinic this weekend, with a bunch of lovely smart female coaches, nearly all of whom self-identified as "caring, passionate, and detail-oriented."  When asked to pick three words that described my coaching style I selected "over-dramatic, enthusiastic, and relentless."  Those in attendance who knew me shouted out loud like I had just made a hole in one.

Yes, that pretty much nailed it.  I think I'm pretty good about knowing who I am.  And basically I'm pretty simple.  I like competing.  I like winning.  And I love the journey, if it's anything that I care about.  I love that I have a job where I get to watch/make people compete all day long.  Some of my swimmers have issues with competition, which is just baffling to me. We never turn off that clock for a reason.

Am I a caring, passionate person?  Uh, I guess.  But it isn't something that I think about or self-identify with. And reflecting on my life? Pass. I don't really have anything on my bucket list, or feel bad that I only (actuarially) have 920 Saturdays left in my life.  I don't need to Find My Passion, because I'm good here! And I don't need to find the Person Inside, because that person is pretty much hanging out on the outside 24/7.

Today's speaker was a dear woman who spoke on the topic of "Desire to Inspire."  There were beautiful slides filled with pictures of sunbeams filtering through redwood trees, lighthouses in the fog, wildflowers that were too beautiful to be included in The Sound of Music, and I believe amber waves of grain waiting to be filmed in a Chevrolet commercial.  All of these images were the background to inspirational quotes and exhortations that what matters most "is how we live and love."  These slides and quotes were set to a soundtrack consisting of a pianist's right hand tinkling the last few octaves of a piano and four more violins than the Fire Marshall probably would've approved to be in that recording studio. 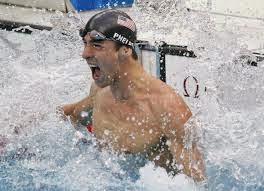 It's just not my thing.  It's too slow and too deep, and just kind of a downer.  I want to be inspired by things blowing up and fireworks splitting the sky, and some song by Queen.  I want leaping high fives, swinging strikeouts, and the clock running down in the corner of the screen. I want big people jumping onto little people and then everyone falling down while laughing and crying.  I don't want John Tesh anywhere near me.

And that's why I flunked out of my one and only yoga class.  I liked competing with all the others when we were supposed to be closing our eyes.  But the instructor was a slow-talking, soft-spoken, freakishly flexible guy, who never knew how much I wanted to head butt him on the way out each Wednesday.

There are just some topics at every conference that I just can't get into.  "Leadership:  The Process," "Maximizing the Moment." "Developing a Character-Based Culture."  That's when Facebook calls to me:  cat video indicator is one quart low!  But I sat there and listened, because she is a fine person and I know how it feels to be in the Conference Slot of Death, where all the people in attendance either haven't arrived, have left early, or are drunkenly watching a basketball game in the hotel bar.  Sometimes just being there is all that matters.  And she doesn't have to know that I am inspire-intolerant.