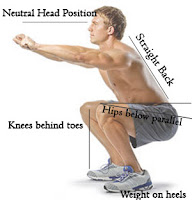 So apparently I haven't done anything in the last 20 years that resembles 10 squats.  I know that because pretty much everything in my body hurts below the waist.  You'd think that feeding Flutter the cat for 17 years would count for several squats all added up, but no.  Nor does picking up the newspaper from the porch, even with Thursday having two papers and the occasional under-the-car throwing error.

It's now Week 5 of The Year of Marcia Getting In Shape, and I've moved on from slow jogging/walking around Lake Merritt and a 1:40 interval in the pool (Week 1-2) to slow jogging/less walking and 1:30s (Week 3-4), to a sprained toe, ground zero strength training, and only pulling in the pool.  I was t-h-i-s close to actually moving up to slow-lower-moderate jogging when I tripped on a step at the theater last Saturday night.  My toe turned a ripe shade of purple and refused to bend forward any more.  Now two days later it doesn't appear to be as bad as I thought, but it's amazing how much I took it for granted.

Today in my conditioning class we were doing step-ups with dumbbells and I couldn't step up or step down with any confidence.  Who knew toes were such a big deal?  I was partnered up with a water polo player who had no trouble doing any of the assigned exercises.  We were coached by a Laney colleague who played football at Cal and then on in the Arena League and NFL Europe.  At 38 Derrick still looks like he could start at DB, though like most coaches he has such an economy of movement that you can't tell if he's really crippled or just bored to tears coaching beginners. 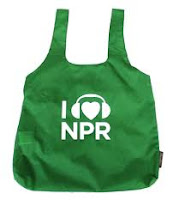 What's funny is I used to be that water polo girl, the one who could do every exercise perfectly the first time.  Now I'm sure I'm seen as the old lady who inadvertently left her walker in the Pontiac.  Oops -- did you leave your velcro sneakers in your
NPR tote bag, ma'am?  Being the leading scorer in balloon volleyball at the senior center is probably all they expect of me now, though they might snapchat me if they need anything crocheted.

Today (two days later -- I got distracted), we did way more core and upper body stuff, which I was actually competent at.  I waved those ropes like a champ, did burpees, leg raisers, and planks galore.  Derrick gamely kept a straight face as his class did karaokes with extra lifts and lunges-into-hamstring stretches that quite resembled slow motion video of people breaking their hips while falling from ladders.

I don't think everyone has extreme pity on me anymore, especially after we shared all our day-after pain stories while waiting for today's class to start. I bought one of those self-massage sticks, which did a spectacular job of actually increasing my daily minutes of pain.  But it must be good for something, as I felt ready to take on the second class without crying to Derrick about all my personal limitations and/or faking a limp, which I strongly considered for 48 hours.  And you know, once you get going

it all feels better.  I also brought a towel today, to wipe the buckets of sweat I was generating.  As a swimmer for so long I'm not comfortable being wet, ironically.  Having that towel made me feel better too, as someone who actually had "gear."  This is my workout towel, mothaf***ers!

Because I hatehatehate triathletes who can't shut up about their daily workouts, I'm not going to blab on about how great if feels to train.  But it's awesome!  And I've still got 10.5 months until Masters Nationals in Portland.  Hopefully by then I'll be able to beat enough people in my age group to make Top 10 in something, which I used to do regularly.  If all else fails I suppose I can enter the 200 butterfly, which is generally hard pressed to find 10 women in all the land to do it.  Man, I hope not.

So back to my pain-inflicting stick, swimming tomorrow, and maybe a nice nap.  If I can just figure out a way to lie down without squatting.

How can I send up to get sent an announcement whenever you update your blog?
Irisstarr@gmail.com