That's the percentage of registered MEMOs that participated in the recent PacMasters Championships, in Moraga last weekend.  Looking at some of my other competitors in the Medium Team division,  Santa Rosa checked in with 24.2 percent, while the winning Davis Aquatic Masters could only muster up a pitiful 6.5 percent.  If you figure that the more experienced swimmers are the ones that compete (except for yours truly's team), then DAM is sending just its superstars.  No wonder they won the Mediums.  We got our points the old-fashioned way -- we scraped them out in ones and twos, except for the ones I kinda hustled for (more later).

Masters relays, for competitions in 25-yard pools, are composed of age groups determined by the youngest member of the team.  Because I only had a couple of people 18-24, I often had to "borrow" from my 25+ team, and even once from my 45+ team to make a foursome of 18+ folks.  You'd think lots of 18-24s would still be swimming, as they're still relatively uninjured and often without kids.  But it takes awhile for most good age-group swimmers to miss swimming.  And it takes awhile for those who never swam to get injured running or biking, and thus turn to swimming.  Those are the two main categories of Masters swimmers -- ex-good kid swimmers, and beat-up runners/bikers.  There is a small window in their lives for healthy, wealthy triathletes to participate -- and I have a couple of those -- but it's like pulling teeth with tweezers to get those guys to do much besides their beloved mile.

I'd like to showcase the 18+  and the 25+ folks who participated in the meet.  My youngest kids!  Leading the way was Jason Corbett, 21, who was a friend of a MEMO, but of course is now in the fold.  Jason would've been in his senior year at Cal State Bakersfield, except for the fact that he's not.  With swimming injuries and a very reasonable desire to leave Bakersfield, he's back in the Bay Area.  You used to swim?  You're just what I'm looking for!  Jason split 1:00 in his 100 breast on the medley relay, which is not Division I caliber anymore, but definitely the fastest guy in the pool last weekend.  That time was faster than all but five of our 48 swimmers could even do going freestyle.  After his leg in the medley relay, which was the first event he swam as a MEMO, the 16 women who had just finished their medley relay came barging over to my table shouting "WHO WAS THAT BREASTSTROKER?" as though Ryan Lochte had parachuted into our pool and ripped off his tuxedo to reveal a pink Speedo.  Just because they had never seen him in workout before, or even ever in their entire lives, doesn't mean he can't cough up the USMS fee the night before.

I also had Francesca Ginocchio, who has three part-time jobs and must make several hundred a night in tips in her gig as the most beautiful bartender in the Bay Area.  Francesca has a flair for butterfly (which is a blessing and a curse, as you then have to train for it), and had a fantastic swim in the women's relay and her individual events.  Newest California driver's license holder Yuri Nishizawa came on Sunday, after many weeks of non-training (that will prove to be a unifying theme with many of my MEMOs), and still managed a respectable few events and even-better relay legs.  She ended with the 1000, and then undoubtedly practiced DWE (Driving While Exhausted).  Brian Poggetti also staffed the young 'uns group.  Brian swims with the Nooners, and decided that the thousands of yards he has swum since joining would be just the thing he needed to sign up for . . . only the 50 free.  Sigh.  Next year, Brian!  And your wife too!  She's good, I can tell that.

Also in the 25+ group were experienced ex-swimmers (Yusef Freeman, Sarah Stretch, Tara Stoop, as well as Brian Berry and Nia Doyle [both of whom I mentioned in my previous post]) and novices John Han and Leilani Castro.  Yusef gave me perhaps my best memory of the entire meet when he gave me a huge shout-out after their awesome 400 free relay team almost defeated the 18+ group from Walnut Creek.  Thank goodness I kept it together because I almost burst into tears.  Having a 16-year-old at home I never get thanked for anything, much less appreciated.  The last time anyone at the pool called my name from 25-yards away it was followed by "don't forget to turn off the pool lights."

Because Jason was on that relay team we had to call ourselves 18+, even with our magnificent 42-year-old anchor, Dave Barber. The closeness of that race defied those ages.  Yusef later said that it was way more fun being on a team at a meet like this, then swimming your events alone.  So true.  Yusef had a great age-group career in swimming that tailed to an end in college, but thank goodness he never really burned out.  It's still something that he and many other MEMOs are good at, so they keep on doing it. It's hard when work takes you all over the country.  You're always just getting into shape when you take off for a week or two.  But we can't be picky after awhile.  Any day of swimming is a good day.

I had the great joy of coaching and teaching Tara in high school, as well as coaching her for a year on the Laney College swim team.  She is someone that returned after having two kids (impossible to tell that from looking at her) and a busy job.  At 34, Tara is the age when many people start looking in the mirror and wanting more.  Sometimes it's because the kids sap so much "me" out of a person, and sometimes you just want to start taking better care of yourself.  Tara scored in both of her events and was on a second-place relay with Jason, Yusef, and Yuri.  Tara was also one of several swimmers who brought their spouse, family, kids, and/or friends to watch.  That is just sooo cute!  It's great that they're proud of their activity, and I love it when people introduce me to their family.  I always get "I've heard so much about you," which I just generally assume to be a compliment.  That's true, right? 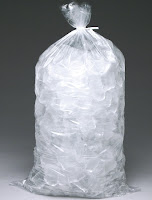 Sarah Stretch coaches the Women's Swim Team at Laney College, a job that I had ten years ago.  Besides being eternally grateful to Sarah for joining me, I'm happy that she got a chance to see what it was like being a swimmer again.  It might give her a little more insight into some things that her swimmers may be feeling as they approach their championship meet next week.  We coaches all know that stuff, but we forget.  Sarah swam with a shoulder that needed icing for days afterward, which puts a little crimp in her style when she teaches boot camp and plays in a soccer league besides training for this meet.  Despite the fact that I wouldn't play in a soccer league if someone paid me in trucks of gold bullion, we faced a lot of similar problems with our teams at Laney.  I am happy to see how great the Laney team has turned out since Sarah took over.  Let's hope she stays active forever and doesn't turn out like me, who has now resorted to parking far away from things and hoping that might be considered aerobic exercise.

And finally my novices John and Leilani.  John was easier to convince, especially after he purchased the parka.  When you look the part it's easier to go to a meet.  When you've got a grocery bag and a mismatched set of bath towels, you just know you don't belong.  But John swam a fine 500 free on Saturday, and joined a great men's medley relay.  John swam high school in Oakland (I think), which is a little like saying you're a fine water-skier in Death Valley.  Masters meets are completely different from any other competition.  The officials generally wait while people meander to the blocks, and the rules are different slightly, to adapt to the stroke modifications some folks make as they age.  I think that John enjoyed it.  Most people would say that the meet is welcoming, once they get used to the two-races-happening-at-once thing.  It's kind of like a track meet, when sometimes you don't know who to watch.  I got fooled as a coach several times.  The worst was when Yusef, who is 6-5 and about the only Black guy in the pool, swam directly in front of me in his 100 IM and I never even looked up.

Leilani, at under five feet tall, was easier to miss, but I didn't.  She was at her first meet ever, and I was worried that she wouldn't enjoy herself.  Most of the rest had gone to a practice meet a couple weeks before.  It took plenty of convincing by me and all her 6 a.m. lanemates to get her to enter, but she did.  Still working on her diving technique, she gamely swam two freestyle races and a 50 backstroke, as well as two relays.  That 50 backstroke sprouted at least a dozen more grey hairs in my head, as Leilani routinely turns over (disqualifying herself) just about every single lap of her life.  Thank goodness she crashed into the wall at her finish.  I've never been so happy to see that before.

Sorry for the length.  That's it for the young folk.  35 and over is coming next.