Besides having three different Team MEMO shirts to wear all three days of the recent PacMasters Championships, I knew I'd stepped into the legit world when I paid for my relay entries with a Team MEMO check.  Okay, it was number 1002, but it was a really l-o-o-ng business check which makes me feel like a Wall Street Banker, though a kindly one wearing flipflops.  Getting the business account was a little more complicated than I expected.  First I had to go to the Alameda County Recorder's Office, near Laney College, and fill out and pay for a Fictitious Business License, which just seems wrong.  Next, over to the legal newspaper to pay to have the notice published in what I believe borders on a fictitious newspaper.  Then back to the bank with proof of DBA registration, and on to signing up for my Business Savings account, with a $500 minimum deposit.  Since Business Savings comes with one book of free checks, that was good enough for me.  I'm mainstream!

We had 30 relays in this past meet, which was a lot of scrambling to do each day as people often inexplicably left and new ones came late.  And I had a surprising number of relays in the older age groups, 45+ and 55+.  Each club was only allowed two relay teams in each event, so having a third wouldn't help any.  I often had to move people around to other, younger, teams to maximize MEMO's point-scoring potential.

The 45s were led by speedy Clare Burger's 20 points, in a tough age group filled with fast women.  Joining her were Kari Boeger, Green Huse, and Anna Musco in their second meet ever; Tracy Ostrom and Jean Tucker in their first meet, and veterans Pia Macchiavello, Kimberly King and Liz Hurt.  Jean and Tracy kind of eased into it, swimming just one event and then leaving.  Tracy stayed awhile to soak up the atmosphere and cheer for her lanemates, while Jean flew off to barely make it to the Giants' home opener on Friday afternoon.  Both are hooked, though.  At least that's what they told me.

Anna, Green, and Kari were splendid teammates.  All three ditched their children, which seemed to 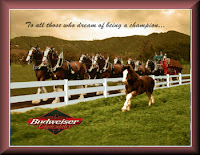 give them an even better experience.  I've got to agree with that, as I find I can't even remember that I have children when I'm at a meet.  It's nice to have the adult companionship and not have to be ever vigilant to prevent death at any moment.  While Kari was worried about . . . many, many things, she performed splendidly in two-thirds of her events.  The last one, she didn't quite make it to.  It was, however, a planned sacrifice.  No more kindly coach from me next year, though.  Tough love, baby!  Anna, 50,  had the weekend's toughest assignment, when she was forced (by me) to join the 25+ mixed medley relay for the meet's next-to-last event because of an unexpected AWOL.  Clearly wondering what the heck she was doing there next to superstars Brian Berry, Yusef, and an exhausted Sarah Stretch, she swam a fantastic breaststroke leg on that relay and gave the two remaining swimmers an opportunity to catch up and still earn fourth-place relay points.  While she was swimming my husband David, who was the Starter of the meet, said that all three of the teammates were cheeering Anna on, down at the edge of the pool.  It was like some sort of Budweiser commercial, where the big horses are cheering for the little one.  So sweet.

Kimberly and Liz came through like the champions they are in workout -- no complaints, and lots of speed!  Dear sweet wonderful Liz has been with me forever, and no one could ask for a better lanemate or teammate.  Kimberly is a recent returnee, and has very specific goals and knowledge of her body's limitations -- such a dream to coach.  And though she's not 45+ I've got to give some props to Renske Lynde, who also swam the mile on Friday, because I forgot to mention her yesterday.  After the mile Renske scurried off to pick up her inlaws at SFO.  Unfortunately I missed every miler except Dan swim while I took a mid-day leave of absence to drive back to Laney to teach my once-a-week Beginning swim class.  I hate missing anyone's event, but especially the milers because it's so fun to yell at them over and over.

Pia used to swim with me and my husband at our local pool in San Leandro, which is where I hide so that no one I know sees me and asks me for coaching "tips."  I feel like the realtor who everyone is

always asking whether it's a "good time to sell," or the dermatologist who is asked to "just take a look at this mole."  I need some quiet time to just do my own thing, though it's an odd little place and one I've written about several times before.  Pia is an awesome swimming machine.  A Peruvian Olympian (1980, and I'm still mad at Jimmy Carter for that one), she has fantastic skills, amazing endurance, perfect temperament, and a great accent -- especially when she pronounces her daughter's name, Laura, with like six syllables.  I've only got to change 30 years of bad habits, and she'll be the rock star of the MEMOs.  Bring it on, Pia!

For the 45+ guys I had Craig Coombs, David Lopez, Robert Inchausti, Danny Wan, and (for a wonderful one minute eleven seconds) brand new MEMO Jeff Everett.  Robert had the most adventures [see blog, Part I], but all had great swims.  David Lopez, the chatterbox of Lane 4 at noon, swam six events and placed in just one, the 50 breast.  He demonstrated the virtues of the coach selecting the events for the swimmer.  Danny swam extremely well in his first meet, considering he dives like one of the train-robbing victims described in the last post, and was undoubtedly motivated
after watching hunky Jason swim breaststroke.  Seeing it done like I describe must be such an epiphany, especially when most folks do it more Gangnam style than Olympic style.  And Craig, who is a Bay swimmer and has crossed the Strait of Gibraltar, and done two huge inter-island swims in Hawaii, had a great meet.  Taking Saturday off to please the missus (smart man!), he had fine swims in the mile, 1000, 200 IM, and three other events (that I suggested, DAVID LOPEZ).  Craig last swam 30 years ago in high school, and even though he went to Stanford, has proved fantastically coachable and brings it every day.

My fellow AARP-eligibles, Peter Tsugawa, Suzie Haufler [see blog, part I], Julie Johnson, Tom Chew, and Danielle Ruymaker had one awesome 55+ mixed relay team.  I can't really label them "old" because I'm older than all of them except Danielle, and I am not old whatsoever.  And in the Masters swimming community being over 55 practically makes you a teenager.  An awesome 85-year-old, Dixie Germolis, competed in seven events at the meet including the 200 breaststroke.  Swimming at meets actually makes you enjoy the inevitable age-up.  When you're an age group swimmer, moving into the next age group makes you the young, small, slow kid.  But as a Masters swimmer, moving up makes you even less decrepit than the others.  Your first year is a very good year, except for the inevitable fast people that follow you around for your entire swimming career.

Peter, who breathes so hard at workout he sounds like the Big Bad Wolf engaged in blowing down the brick house, had a terrific meet.  Though he succumbed to the David Lopez School of Event Selection,

Peter had a fine 50 freestyle, swimming the sprint of all sprints in 31.83.  The idea of pacing has eluded Peter, though he is nothing if not dependable when it comes to swimming the very first repeat in a set at warp speed.  Day after day.

Danielle swam Gibraltar with Craig, and would prefer swimming in SF Bay any day to swimming with me.  But somehow she still keeps coming, forcing herself to do all the things she hates  -- which include kicking, sculling, using fins, swimming breaststroke, swimming butterfly, sprinting, diving, and going first in her lane. I need to back off the hypnosis on her, I think.

Conversely, I need to get much better at the Vulcan Mind Meld on Julie.  She is the poster girl for Not A Morning Person.  Going to workouts at 6 a.m. is just torture for her, though I tell her over and over that once she forces herself to go at least twice a week she'll get used to it.  She theoretically believes me, but it just hasn't clicked into reality.  When Julie worked a few blocks away she could swim with my Nooners and she really thrived, but once the office moved it just got so hard.  She was a trooper to swim in the meet, with minimal preparation, but being 55 and having a pulse helps a lot in the points department.

Tom Chew, chiropractor to the stars, or at least the athletic masses, goes w-a-y back with me.  When I took a diversion from Cal and swam at Laney College in the 80s, Tom was my trainer.  When I coached swimming at Laney, Tom coached Water Polo and was my swim assistant.  Our kids were pals when they were little, before mine grew up and embraced irony, Communism, and British musical theatre.  Getting Tom to swim in a meet isn't tough; getting Tom to swim in workout is much harder.  But like many of these swimmers, a day or two a week is good enough.  Or for Tom, once or twice a month.

So now I've shared a little something about all my swimmers at the meet.  There are more too, but you've got to pay the price of the meet entry to get written about!  I've already started recruiting fast friends for next year, and have ensured a promise by my husband that he will at least slog across the pool 66 times to score two points in the mile, whether or not he wants to.  If everyone enters a distance event (where it's easier to score points) and we get at least two points/person more, and have a few more relays, everyone is healthy, and we have no missed events or disqualifications, we should be #2 next year.  Five points/person plus all of the above and we're #1.  I'd better buy another turquoise shirt.  I just can't wait to use check #1003.

Spot on with this write-up, I absolutely believe this web site
needs much more attention. I'll probably be returning to read more, thanks for the information!

I visited various sites however the audio quality for
audio songs current at this website is really excellent.

Hello there! This is my 1st comment here so I just wanted to give a quick shout out and say I really
enjoy reading your posts. Can you recommend any other blogs/websites/forums that go over the same
subjects? Thanks!

Feel free to surf to my web-site found it