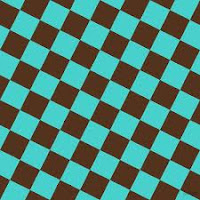 Our team colors, turquoise and chocolate brown, were not picked to go well together, or even with much thought at all.  Our first team t-shirt was turquoise in color because I'd read somewhere that turquoise is the unique hue that looks good on all skin tones and hair colors.  Our second shirt was chocolate brown because I wanted to make a joke about Hershey bars.  Team MEMO's official colors were picked because those were the colors of our first two shirts.  Kind of after-the-act decision making, the kind I'm strong at.

And Team MEMO was wearing the colors in force at our big meet last weekend.  One of the biggest age groups was the 35-44 gang.  Led by high-point MEMO Tanya Mahn and Megumi Ozawa [see blog, part I], the team proudly arrived rocking the turquoise and brown.  With the arrival of this year's matching caps we finally looked totally legit.  Next year:  team suits and a banner.  Dream purchase:  EZ-up custom tent.  The EZ-up I have now is their discount version, the NotEZ-up.  It doesn't help that it was dropped repeatedly some years ago and never recovered from the bent leg.  But the effort required to get the top into the four supporting pegs just about wipes out any energy the four swimmers conscripted to assemble it will have for the meet's first hour.  My NotEZ-up has been around for at least ten years, when I got it for my husband as a Father's Day present.  We've hung out in it at meets on rainy days, put the birthday cake underneath at backyard parties, and even camped in the backyard.  It's next duty will be housing us as the downstairs hardwood floors get redone.  Why stay at a hotel when we can drag a week's worth of possessions into the charming ambiance of the 10x10 NotEZ-up?

So that turned out to be the headquarters of Team MEMO, along with the two other (truly) EZ-ups brought by Dan Jegers, which I dubbed our Annex.  Having 48 people, though not all at the same time, crowded the NotEZ-up and the Annex.  The few ringers I had, Jason Corbett [see blog, part II], Andrew Naber, and Brian Patterson, who didn't actually know any of the MEMOs, hung out elsewhere with their friends.  But the rest were enjoying the close quarters.

Dan, who is the Hardest Working Man in the wedding business, sets up our team area with more thought than I gave to my entire lifetime of camping, getting there every day way before I did to organize and unpack.  He also knows which way the wind will blow before it does (like some sort of swimming shaman), and ties all things down appropriately, with actual knots.  My only set-up idea is “pop the corner of the tent” to let the wind pass through, which is about as knowledgeable as putting around Lake Merritt and then taking the helm of one of the America's Cup boats.  Dan was a member of the second swim team I ever coached in my life.  Despite knowing just about nothing for my first year, I pretty much lived and breathed swimming when I came to Walnut Creek in year two and had a good bit of success with his Las Lomas Knights.  Dan swam butterfly for me then and now, and turned out to be a terrific husband, dad, and person.  I don't know how many coaches get to coach the same person again 25 years later, but I'll heartily recommend anyone trying to, especially if it's Dan.

Two of my ringers were also from the same era.  Dave Barber, who anchored the awesome 400 free relay on Saturday [see blog, part II], was on my first and second Las Lomas team.  Somehow on Facebook a few months ago Dave and I got to talking about swimming.  (This is not unusual for just about anyone who talks to me, unless they have a teenager or a cat.)  Living in LA, and the winner of some sort of Sound Award in showbiz, where you wear a tuxedo and hold it aloft while people clap, Dave and I have corresponded since then.  I send him workouts, which he does in the 30 minutes he has free a couple days a week.  He sends me reports on how he did, and then I critique them and send more workouts.  He sends videos, and I laugh and laugh and then critique those too.  Somehow, in 30 minutes a day a few days a week, with weeks off to do this and that, he lost 25 pounds and swam less than three seconds slower than he swam as a senior in high school, 25 years ago.  Now for girls, getting in shape like that would take like five years and we'd have to stop eating solid food.  But guys like Dave, no prob.  Amazing discipline.  Why can't my family listen to me like Dave does?  Really, just give me 30 minutes a day and I'll be happy.

Brian Patterson also joined the relay on Sunday, after I saw his green Facebook light on late 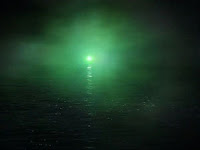 Saturday night.  Just like Nick Carraway in The Great Gatsby thought that the green light must have represented how the first vision of America, rising out of the ocean, must have looked to early settlers, Brian's green light represented the future of my Sunday 400 Mixed Medley Relay.  What an inspiring American Dream it was.  Sometimes I scare myself.

Brian is also the same vintage as Dan and Dave, and has kept in amazing shape by doing every sport known to man, with some gnarly road rash along the way.  A few years after I coached Dave and Dan I started training again seriously.  The age group team I swam with when I was 30 years old (what is now the Terrapins) had high school-aged Brian as my teammate.  We've had a couple of reunions since then and stayed in touch.  On Sunday morning at the meet Brian changed teams, signed the waiver, and voila -- instant MEMO.  How lucky am I?  Trolling the Internet pays off, kids.  So long as it’s for relay swimmers.

Now for my regular, garden-variety 35+ folks who swim with me every day (or their best approximation of every day), I didn't have quite that depth of swimming experience.  Andrew Slakey, the first mortician I've ever met, was at his first meet ever.  Blindingly pale, as befits a man of his profession and a swimmer at 6 a.m., Andrew was at his first swim meet ever.  He charged to a 1:05 100 freestyle in the relay, which was at least 15 seconds faster than I had ever seen him move before, and undoubtedly faster than his pace with his paying customers.  Though he only entered one individual event, he like almost every other person was conscripted to swim on as many relays as there were in a day.

Conan Chin from my Nooners, and Michael Kellenback, who swims with one of my colleagues at Laney, also scored points in both breaststroke races they swam. How lucky I am to have two guys who can do this well!  Breaststroke is a specialty like no other.  I have a really challenging time teaching adults in my Beginning swim classes, as well as MEMOs, how to do it properly.  It seems you either do it well and like it, or have one uncontrollable foot that doesn't respond to human thought.  It's amazing that those non-breaststroke people can even put on their socks and shoes and walk down the street, but they all seem to get along in the world just fine.  Sarah Lindahl and Becky Espinosa are two such members of society.  Sarah, inexplicably, enjoys doing it and enters it (at least within the 100 IM) every chance she gets.  My strategy so far has been to try to distract the officials.  Stroke and Turn officials, or S&Ts, are the lowest peg on the food chain of officiating.  When there aren't enough officials volunteering at a meet, they skimp on the coverage of S&Ts.  This, fortunately, was one of those meets.

Elementary PE teacher Orin Bentley is another non-breaststroker, but one who avoids it at every opportunity.  Orin is a great butterflyer, and was on the awesome 400 free relay with Yusef, Dave, and Jason.  Another guy who dropped at least 25 pounds since he started swimming, Orin loves going to meets and it takes no cajoling at all to get him to register.  Orin is just about the mildest guy out of the pool you could meet, with a gentle voice and an open, friendly face.  But put him in the pool and his inner beast busts out.  My daughter, who swims in his lane occasionally, and is used to leading the lane, described him as "aggressive," which is no small thing coming from someone who can devour her dinner in less time than it takes her to swim a 50 freestyle.

The final swimmer in the 35-44s was Deborah Bevilacqua.  Man I just love saying that last name!  It just rolls off the tongue!  Deborah lost a leg in a motorcycle accident some years ago and is an amazing athlete.  She has a Cheetah leg for running races, like Oscar Pistorius, and goes with her natural 1.5 self for swimming.  Everywhere I go, and everywhere she goes when doing athletic stuff, she gets stopped

by strangers telling her how inspirational she is.  Well, that's nice.  But what's inspirational to me is how awesome she is at "take your mark."  I completely overlook the rest at workout.  But "take your mark," balanced on one leg, with two hands holding the front of the starting block and head down -- followed by the starting "beep" is what's the truly athletic thing. Deborah dives off more cleanly and straight than just about any of my other swimmers.  No torque, just pure straight-ahead power.  Most of my MEMOs look like they have been thrown out a moving locomotive by a trainrobber in a 1940s Western.